The Law of One Price: Remedy for Hobbes’ State of Nature

This guest post is by Rachael Sotos, an aspiring political theorist and long-time CTC supporter who lives in Santa Cruz, CA.

The gaping flaw in the Paris Climate Agreement was hidden in plain sight even before Trump repudiated the 190-nation compact this year. Notwithstanding the precedent-shattering achievement — an agreement signed by virtually all of the world’s sovereign nations — Paris comprised an unenforceable system of pledges, aptly named Intended Nationally Determined Contributions (INDCs).

True, the first step in any long journey is often the hardest, and the Paris agreement includes a five-year time frame to review and hopefully strengthen the pledges made in late 2015. But let’s be clear: neither the INDCs nor the brave pledges of some U.S. governors and mayors since “Trexit” will radically curb emissions. The world needs a binding agreement with coercive mechanisms to meaningfully address climate change.

Throughout the climate crisis we have been living in a “state of nature” famously described by the 17th century British political theorist Thomas Hobbes. Which makes this a good time to consider Harvard economist Martin Weitzman’s essentially Hobbesian allegory: a World Climate Assembly (WCA) “that votes for a single worldwide price on carbon emissions via the basic democratic principle of one-person one vote majority rule.” 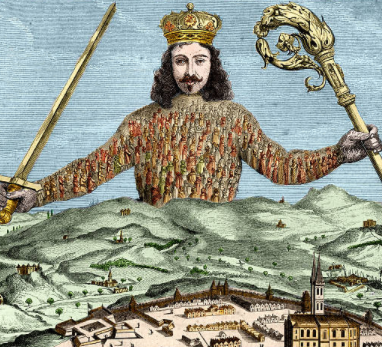 Though Hobbes is reviled by some for advocating absolutist politics, he is also credited with discovering modern political economy and laying the foundations for both modern tax law and rational choice theory. One could even say that Hobbes employed allegories of extreme negative externality to legitimize top-down modes of political authority.

In Leviathan (1651) Hobbes asked his readers to abstract from all familiar, inherited and trusted modes of collaboration, to imagine themselves in a “war of all against all,” bellum omnium contra alles. Rather than a literal prehistorical period, his “state of nature” is the ever-present possibility of market failure in extremis. Absent coercive administrative power, Hobbes argued, there could be no property rights, secure contracts or absolute moral duties apart from self-preservation. Each person is a covetous judge of his or her own situation, and every defensive acquisition is justified.

Enter Prof. Weitzman amid growing recognition that global warming is history’s greatest market failure. Weitzman postulates that when the “impending climate catastrophe … is felt on a worldwide grassroots level,” there will be pressure for top-down solutions, and nations will be “ready to forfeit their free-rider rights to pollute.” The time will come, he argues, when “world public opinion is ready to consider novel governance structures that involve relinquishing some national sovereignty in favor of the greater good.” One such structure is Weitzman’s imagined World Climate Assembly (WCA) — a global plebiscite via which people of all nations contract with each other to jointly create “an overarching global governance mechanism” with sufficient awe-inspiring “countervailing force” to eradicate that Achilles Heel of climate agreements: free-riding. (Weitzman’s paper is available here.)

Hobbes was a master of “novel governance structures.” Sweeping aside the hierarchical hodgepodge of inherited feudal allegiances, he envisioned formally equal individuals (for “the weakest can kill the strongest”) renouncing their unfettered “natural rights” in favor of the coercive power of a national sovereign (technically parliamentary or monarchical). This was his “awe” inspiring, man-made Leviathan — the social contract that people voluntarily enter as self-interested modern individuals, thus ensuring safety and well-being, salus populi.

To be clear: Weitzman’s World Climate Assembly is a mechanism, not global government. What is to be voted-upon at the WCA is an internationally harmonized but nationally retained minimum carbon price. Nations, states within nations, or regions such as the European Union can all chart their own path toward climate commitment. While a system of uniform emissions taxes is easiest to conceive, national or regional cap-and-trade regimes with price floors and hybrids approaches are also possible. Nations or regions will retain and distribute collected carbon revenues as they see fit. Green fund transfers are permissible, but the primary coercive mechanism is “law of the single price.” 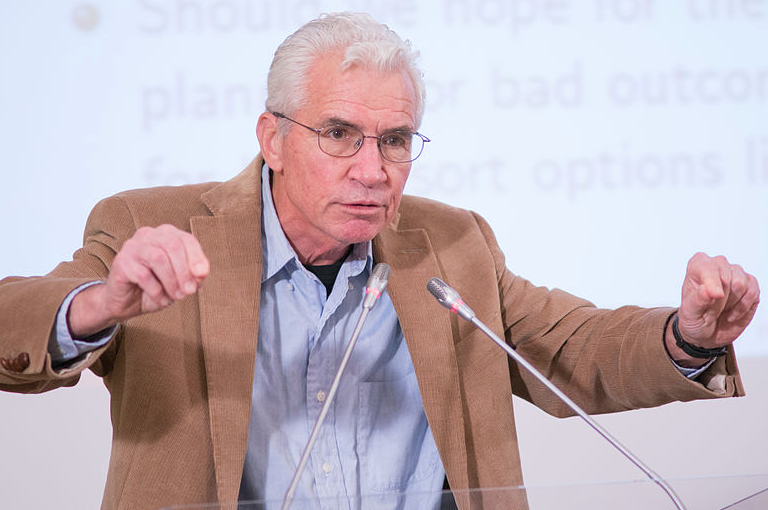 WCA representatives will “vote along a single price dimension for their desired level of emissions stringency on behalf of their citizen constituents,” Weitzman envisions, with the votes “weighted by each nation’s population.” Weitzman presents extensive calculations suggesting that the global majority would likely vote for a uniform minimum emission price “tolerably close to the world Social Cost of Carbon.”

In the end, he postulates, the “median” voter-nation would find its emissions abatement costs exactly offset by the benefit of having all other nations reduce their emissions. Half of the world’s population would likely prefer a lower minimum price, with the other half preferring higher; but all will prefer democratically legitimized coercion to the inadequacy and uncertainty of the INDCs. Under Weitzman’s Leviathan, no rich and powerful nation, not even the United States, will be able to trump the greater good.

And if Hobbesian “absoluteness” includes hostility toward institutional division of powers, it nonetheless has attractive features for confronting the climate crisis. According to Hobbes, people willingly renounce their “natural” rights to violence and unlimited acquisition only when their political world allows reasonable certainty of the actions of others.

In the language of game theory, the “state of nature” is the original “assurance” or “coordination” problem. Weitzman plays along, characterizing his WCA as “automatically incentivizing all negotiating parties to internalize, at least approximately, the global warming externality.” Certainty regarding the likely behavior of others is bolstered by the knowledge that the international trading system overseen by the World Trade Organization can be marshalled to impose punitive tariffs on non-complying nations.

Still, the most important feature of a uniform emissions price is its acting as an automatic “countervailing force” that can counter “narrow self-interested free-riding . . . via a simple, familiar, transparent formula that, in Weitzman’s words, embodies a common climate commitment based on principles of reciprocity, quid-pro-quo, and I-will-if-you-will.”

This is Hobbesian “absoluteness”: when we are all in it together and know that we will all be subjected to the same regime, e.g., the law of the single price, we are much more likely to renounce convention and shoot for the moon. In the language of game theory: cooperation is also a stable outcome.

What is being agreed upon, then, is a thoroughly modern Hobbesian social contract centered in transparently assured fossil fuel demand destruction. And while there will be difficulties along the way, Weitzman reminds us that “even just negotiating” within the majoritarian framework bolstered by a coercive countervailing mechanism is a step out of the state of nature.