As US falters, Canada must lead movement on carbon tax

This post, which I co-authored with Josha MacNab of the Pembina Institute, appeared in The Hill last week in slightly altered form. — C.K.

Against the backdrop of a Trump administration seeking to drag the United States’ economy back to the coal age, Canada’s clean growth strategy is a breath of fresh air. Now more than ever, Canada needs to continue to innovate on decarbonizing its economy, and a central plank of that strategy is putting a price on carbon pollution. 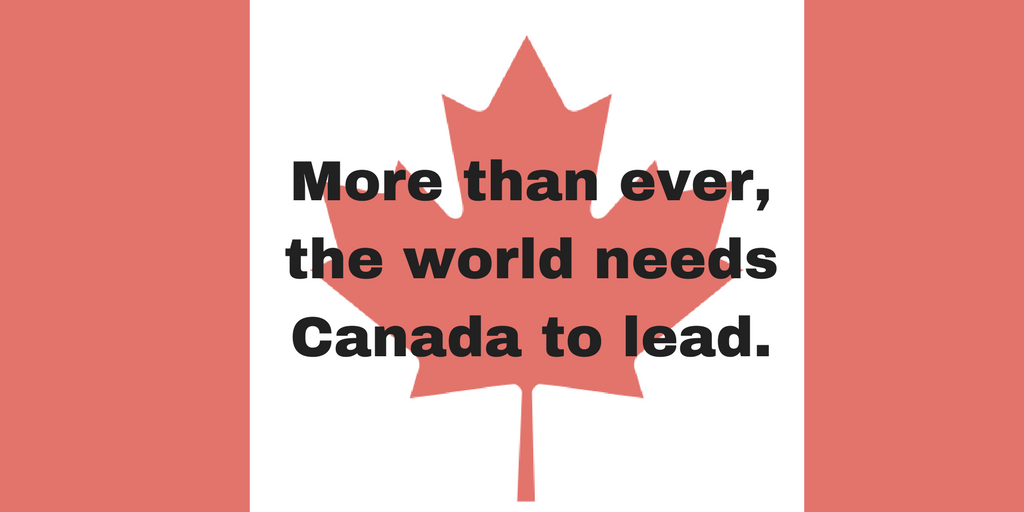 British Columbia’s groundbreaking 2008 carbon tax introduced carbon pollution pricing to the Western Hemisphere. With 86% of Canada’s population now covered by a carbon price, and 100% to be covered by 2018 under the national benchmark, our country is well-positioned to be an international beacon of progress and a major competitor in the clean global economy.

1. Canada is not alone

Given the effectiveness of carbon pricing in reducing climate-damaging emissions, it should come as no surprise that 25% of global carbon pollution is already or about to be covered by a carbon price. That represents over 40 countries, including seven of the world’s 10 largest economies.

The global clean tech market is currently worth $1.15 trillion and expected to more than double to $2.5 trillion in 2022, according to Analytica Advisors. Yet Canada’s share of this vital pie is shrinking (from 2.2% to 1.3% of the market over the last 10 years) as other countries outpace us in clean tech development.

Carbon pricing is one of the tools clean tech entrepreneurs cite as key to supporting innovation. By moving forward on carbon pricing and other clean growth policies, Canada can catch up and be positioned to take advantage of growing and shifting global market opportunities. Currently, 23% of Canadian clean tech exports are destined for non-U.S. markets, but this share is anticipated to increase to more than 30% in the next four years.

3.  Carbon leakage and competitiveness concerns can be addressed by smart design

Identifying and mitigating competitive disadvantages must be a priority for Canada to ensure that pricing carbon pollution doesn’t result in carbon leakage and doesn’t adversely impact the economy. Canada’s Ecofiscal Commission estimates that around 5% of Canada’s economy (with variation between 2-18% depending on the province or territory) could be subject to competitiveness impacts if the country has a higher carbon pollution price than jurisdictions with whom we trade. Craig Alexander, chief economist at the Conference Board of Canada, recently argued that competitiveness impacts would be less than 0.15% of GDP and not a justification to delay.

Where impacts are felt, carbon leakage issues can be addressed by the design of the pricing framework. Any measures taken to address competitiveness concerns for emissions-intensive, trade-exposed sectors should maintain the incentive to reduce pollution, as well as be targeted, transparent, consistent, temporary and simple.

Along with some 140 other countries, Canada committed 18 months ago in Paris to do its part to reduce carbon pollution sufficiently to stay well below 2 C of warming. In order to achieve that goal, government has two main levers with which to shift to a lower-carbon economy: pricing and regulation. As a market-based mechanism — with support from both ends of the political spectrum — carbon pollution pricing sets the rules of engagement and lets the market pick the most efficient and effective ways to grow the economy. It supports innovation and ensures that those technologies and solutions that deliver the best results are the ones that thrive and go on to be competitive exports to a rapidly decarbonizing global economy.

With the U.S. waffling on its commitment to the Paris Agreement, it’s more important than ever for Canada to step up to be a global leader and demonstrate that addressing climate change is how we will build a strong economy that can weather the storms to come.

Josha MacNab is the British Columbia director at the Pembina Institute, Canada’s leading clean energy think-tank. Charles Komanoff, an economist, is the cofounder and director of the New York-based Carbon Tax Center.