Two weeks ago, I caught a tantalizing glimpse of a possible carbon tax in China.

I was part of an international delegation brought to Hangzhou to meet with 200 officials from 11 provinces, 30 cities, and at least a dozen universities at China’s first-ever “International Forum on Economic Policies for Traffic Congestion and Tailpipe Emissions.” 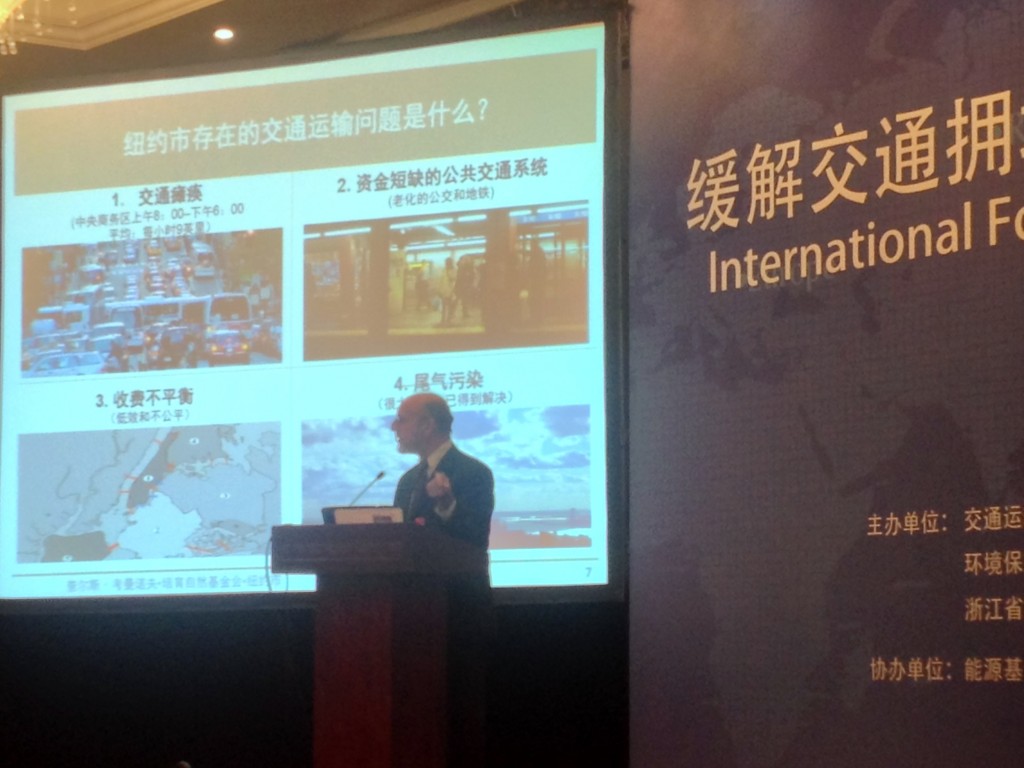 Traffic gridlock and tailpipe emissions are mounting in China’s megacities, and officials are looking to economic policy instruments to control both. It seems only a matter of time — and perhaps not much time — before Chinese cities begin to charge vehicles a fee to be driven into their central areas during peak periods.

And if congestion pricing is truly on the table for China, might a carbon tax, which is cut from the same cloth of cost internalization and price incentives, be close behind?

My experience in China, which you can read about here, reinforces my conviction that there will be a U.S. carbon tax.

Maybe, if we get lucky with the new Congress, as part of tax reform in 2015. Or perhaps not till after 2016 or even 2020, given our low-functioning political system.

The push may need to come from the states and spread to D.C., as it has for marriage equality. Or a carbon tax may be forced upon Congress as China and other countries enact carbon taxes and impose carbon tariffs on our exports.

But a national carbon tax will come. The moment will arrive when, to paraphrase Jim Hansen, the laws of physics and chemistry, not to mention economics, overwhelm even denialism and gridlock.

The Carbon Tax Center works to accelerate that moment. And to ensure that the carbon tax that eventually passes Washington isn’t piecemeal and opaque, but is rapidly rising, transparent, and just.

Just under the radar — ­ in think tanks, meeting halls and, yes, Congressional offices ­ — carbon pricing is inching back into conversations about climate, energy policy and fiscal and tax reform. And CTC is key to these discussions.

We run numbers for Capitol Hill staff, journalists and grassroots advocates. We cross-pollinate the carbon tax grapevine to keep others in the field up-to-date and connected. We help fellow climate proponents see that neither subsidies for clean-tech nor EPA regulations can rid our economy of fossil fuels fast enough . . . and to grasp that a robust and transparent carbon pollution tax is needed to level the entire playing field, not just select pieces.

The Carbon Tax Center does all this on a budget that barely qualifies as shoestring. With your help now, we’ll do it even more vocally, in more arenas, and more effectively in 2014.

Your contribution, of any size, will help us grow support for a U.S. carbon tax in Washington and the states. Please click here, now, to make your tax-deductible donation.

Thank you for your past and future support. Have a wonderful New Year.