Border tax adjustments (“BTA’s”) — tariffs imposed on imported carbon-intensive goods with corresponding rebates of carbon taxes on domestically-produced goods destined for export — are one of the more technical issues in carbon tax policy. They’re also controversial; some analysts warn of trade wars or lengthy trade litigation in the World Trade Organization over a carbon-tax with BTA’s. But stay with us as we report on a new paper detailing two routes by which WTO rules would unequivocally support national carbon taxes with border tax adjustments and thus offer a route to a harmonized global carbon price. 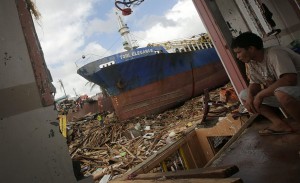 The paper, published last July by the German Marshall fund of the United States, the American Action Forum and Climate Advisers, is hardly the first to reach such conclusions. In recent years, journal articles from leading academics including Joost Pauwelyn (Duke Univ. Law, 2007 & 2012), Gilbert Metcalf & David Weisbach (Harvard Envt’l Law, 2009), and Carolyn Fisher & Alan Fox (RFF, 2009) have pointed to the potential for BTA’s to create incentives for globally-harmonized carbon taxes. But the July paper, “Changing Climate for Carbon Taxes, Who’s Afraid of the WTO?,” comes from an even more prominent and unimpeachable source.

The author, Jennifer Hillman, a German Marshall Fund senior transatlantic fellow, is one of the world’s leading trade experts. Hillman served for four years as counsel to the WTO Appellate Body (the “Supreme Court” of trade law) and, prior to that, served an eight-year term as a U.S. International Trade Commissioner. From 1995-1997, as General Counsel to the Office of United States Trade Representative, she oversaw U.S. government submissions in dispute settlement cases before both WTO and NAFTA.

So Hillman is an impressive messenger. Here’s why her conclusions are important, and why BTA’s are a crucial element of an effective U.S. carbon tax.

For carbon taxes to form the cornerstone of policies to de-carbonize the world economy, carbon pricing will need to “go global.” But without border tax adjustments, unilateral U.S. climate policy won’t necessarily lead to global emissions reductions (due to “off-shoring” of factories) and could disadvantage domestic energy-intensive business.

BTA’s offer a way to not only protect domestic energy-intensive industry but also provide carrots and sticks to induce our trading partners to enact their own carbon taxes and to prevent “carbon leakage” from relocation of energy-intensive industries. Moreover, a WTO-based process could obviate the U.N. Kyoto Protocol (“COP”) meetings where nations have wrangled for almost two decades to allocate the Earth’s dwindling carbon “budget.” Instead, the U.S. (or any large trading bloc) could simply enact a carbon tax and use WTO-sanctioned border tax adjustments to induce other nations to follow.

The General Agreement on Tariffs and Trade (GATT) functions as the “constitution” of the World Trade Organization in its mission to foster global trade. Hillman shows that GATT Articles II.2 and III.3 empower countries to impose taxes on imports provided they do not exceed the taxes imposed on “like” domestically-produced goods. (Historically, tax systems that have run afoul of Article II and III have been discriminatory attempts to favor domestically-produced goods by imposing higher tariffs on foreign-produced goods.) GATT allows taxes based on the production process — in the case of a carbon tax the “carbon intensity” of the production process. This would require data on production processes abroad, which may be difficult to obtain. Hillman suggests that, absent such data, WTO would accept an assumption that an imported product’s carbon intensity is similar to that of a like domestically-produced product. (Companies producing goods less carbon intensively than U.S.-produced equivalents could petition for reductions in their border tax adjustment.)

Hillman offers a second avenue for BTA’s via GATT Article XX, which authorizes WTO members to adopt policies to protect human, animal or plant health or to conserve exhaustible natural resources. The general WTO policy of non-discrimination and non-interference with international trade would also apply to tariffs adopted pursuant to Article XX.

Hillman also recommends a rebate of carbon taxes paid on exported goods to ensure that domestic producers selling goods into non-carbon-taxing countries aren’t disadvantaged. She concludes that WTO should permit such rebates so long as they don’t exceed the carbon tax actually paid.

Policymakers have sufficient latitude with this [WTO] framework to design and implement a carbon tax system that represents a good faith effort to reduce carbon emissions while encouraging all other countries to cut their emissions too, all while preserving the competitive position of U.S. companies. Policy makers can be bold; the WTO will recognize genuine climate change measures for what they are and is unlikely to find fault with such measures, provided they do not unfairly discriminate in favor of U.S. companies.