The following essay, by Yoram Bauman And Shi-Ling Hsu, was published in The New York Times (print edition July 5, 2012; on-line edition July 4) under the title, The Most Sensible Tax of All. Bauman, an environmental economist, is a fellow at Sightline Institute in Seattle. Hsu, a law professor at Florida State University and former law professor at the University of British Columbia, is the author of “The Case for a Carbon Tax (Island Press, 2011).” The links below appeared in the Times. — C.K.

Sunday, the best climate policy in the world got even better: British Columbia’s carbon tax— a tax on the carbon content of all fossil fuels burned in the province — increased from $25 to $30 per metric ton of carbon dioxide, making it more expensive to pollute.

This was good news not only for the environment but for nearly everyone who pays taxes in British Columbia, because the carbon tax is used to reduce taxes for individuals and businesses. Thanks to this tax swap, British Columbia has lowered its corporate income tax rate to 10 percent from 12 percent, a rate that is among the lowest in the Group of 8 wealthy nations. Personal income taxes for people earning less than $119,000 per year are now the lowest in Canada, and there are targeted rebates for low-income and rural households. 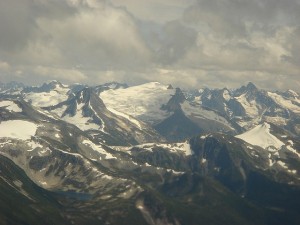 The only bad news is that this is the last increase scheduled in British Columbia. In our view, the reason is simple: the province is waiting for the rest of North America to catch up so that its tax system will not become unbalanced or put energy-intensive industries at a competitive disadvantage.

The United States should jump at the chance to adopt a similar revenue-neutral tax swap. It’s an opportunity to reduce existing taxes, clean up the environment and increase personal freedom and energy security.

Let’s start with the economics. Substituting a carbon tax for some of our current taxes — on payroll, on investment, on businesses and on workers — is a no-brainer. Why tax good things when you can tax bad things, like emissions? The idea has support from economists across the political spectrum, from Arthur B. Laffer and N. Gregory Mankiw on the right to Peter Orszag and Joseph E. Stiglitz on the left. That’s because economists know that a carbon tax swap can reduce the economic drag created by our current tax system and increase long-run growth by nudging the economy away from consumption and borrowing and toward saving and investment.

Of course, carbon taxes also lower carbon emissions. Economic theory suggests that putting a price on pollution reduces emissions more affordably and more effectively than any other measure. This conclusion is supported by empirical evidence from previous market-based policies, like those in the 1990 amendments to the Clean Air Act that targeted sulfur dioxide emissions. British Columbia’s carbon tax is only four years old, but preliminary data show that greenhouse gas emissions are down 4.5 percent even as population and gross domestic product have been growing. Sales of motor gasoline have fallen by 2 percent since 2007, compared with a 5 percent increase for Canada as a whole.

What would a British Columbia-style carbon tax look like in the United States? According to our calculations, a British Columbia-style $30 carbon tax would generate about $145 billion a year in the United States. That could be used to reduce individual and corporate income taxes by 10 percent, and afterward there would still be $35 billion left over. If recent budget deals are any guide, Congress might choose to set aside half of that remainder to reduce estate taxes (to please Republicans) and the other half to offset the impacts of higher fuel and electricity prices resulting from the carbon tax on low-income households through refundable tax credits or a targeted reduction in payroll taxes (to please Democrats).

Revenue from a carbon tax would most likely decline over time as Americans reduce their carbon emissions, but for many years to come it could pay for big reductions in existing taxes. It would also promote energy conservation and steer investment into clean technology and other productive economic activities.

Lastly, the carbon tax would actually give Americans more control over how much they pay in taxes. Households and businesses could reduce their carbon tax payments simply by reducing their use of fossil fuels. Americans would trim their carbon footprints — and their tax burdens — by investing in energy efficiency at home and at work, switching to less-polluting vehicles and pursuing countless other innovations. All of this would be driven not by government mandates but by Adam Smith’s invisible hand.

A carbon tax makes sense whether you are a Republican or a Democrat, a climate change skeptic or a believer, a conservative or a conservationist (or both). We can move past the partisan fireworks over global warming by turning British Columbia’s carbon tax into a made-in-America solution.