There are good reasons, ranging from corporate sponsorship to vapidity, to have been cynical about recent Earth Day observances. But there are even more compelling reasons — the imminence of the climate crisis and the recent gain in denialists’ political standing — to put cynicism aside and come to Washington this Sunday for what organizers hope will be the “largest climate rally ever.” 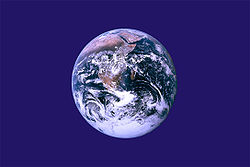 Earth Day’s original national coordinator Denis Hayes and the Earth Day Network are aiming for a 40th anniversary revival of the “spirit of 1970” that catapulted environmentalism into public consciousness, launching a decade of environmental reforms, winning landmark legislation, and birthing the modern environmental movement.

The list of speakers is impressive for its heft and diversity. They include:

And the program’s diversity includes sharp differences over climate policy. Hansen in recent years has moved beyond climate science to climate politics, becoming the most visible (and perhaps most aggressive) U.S. advocate of fee-and-dividend — a federal carbon tax whose revenues would entirely be returned, per capita, to the American people. For his advocacy and his criticism of carbon cap-and-trade, Hansen has been censured by Romm, the climate blogger for the Center for American Progress, which is closely linked to cap-and-trade advocates in the Democratic Party and the mainstream environmental movement.

On Sunday, these differences can and should be put aside. As Romm did in his blog on the rally, we defer to Denis Hayes’ post on Grist:

Humanity must swiftly abandon dirty energy sources and switch to safe, clean, decentralized, renewable energy sources like solar, wind, and geothermal. The world, led by America, must abandon the appallingly inefficient way it uses energy and swiftly embrace the most efficient new housing, transport, and industrial processes that exist. We Americans must slash our politically risky and economically catastrophic dependence on the oil wealth of nations that don’t like us very much.

A necessary—though not sufficient—common denominator is to establish a price on carbon that reflects the costs of climate disruption, blowing the tops off mountains, and acidifying the world’s oceans. We must place a firm cap with no loopholes on the amount of carbon fuels we consume each year and ratchet that cap down at a prescribed rate every year in the future until we hit something very close to zero. Only a federal law can accomplish this goal.

If this were easy, we would have begun a quarter century ago. The junk science, climate-denying interest groups are rich, powerful, and ruthless. But sooner or later they will lose. Sooner is better

At some point, this climate-disrupting madness has to start to stop. Come to the Mall between the Capitol Building and the White House on Sunday, April 25. Bring your spouse, your parents, your kids, your neighbors, your friends, your co-workers, your congregation, your bowling league. Vote with your bodies on April 25th at the largest climate rally ever.

While we at the Carbon Tax Center differ with Denis’s emphasis on a cap — we’re convinced that only a carbon tax or fee can give U.S. entrepreneurs, investors and families the clear price signal they need to move to clean technologies, fuels and lifestyles — we salute Denis’s 40 years of advocacy (some of which is on fine display in the documentary Earth Days that PBS is airing this week).

We also salute the late Sen. Gaylord Nelson of Wisconsin, who more than any other individual conceived Earth Day (originally as a national day of teach-ins on the environmental crisis) and whose staff hired Denis Hayes to co-ordinate it.

Let’s come to the Mall this Sunday and make our voices heard for climate sanity and the central policy measure that can take us there: a federal, revenue-neutral carbon tax.