Assuming there really is such a thing as "clean coal," its future is looking increasingly bleak, according to After Washington Pulls Plug on FutureGen, Clean Coal Hopes Flicker in today’s Wall Street Journal. The WSJ describes the impact of DOE Secretary Samuel Bodman’s Jan. 30 decision "yanking its support for the project, whose price tag had ballooned to $1.8 billion, nearly double original estimates." The WSJ adds, "the nation could face supply shortages in coming years unlike anything seen in the past" without new coal plants and if "nuclear power also stumbles."

Senate Majority Leader Harry Reid had a somewhat different perspective last week. As reported in Platts, Senator Reid stated that, "I think the coal companies should be upfront with the American people that coal is one of the things that is ruining our world." Reid added: 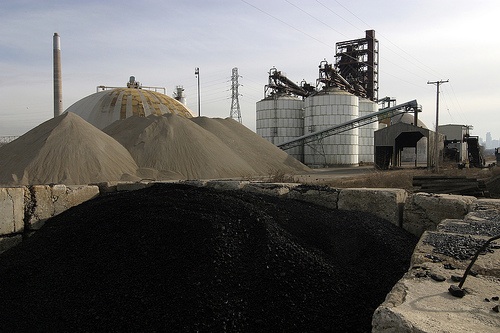 Senator Reid doesn’t expect zero-emissions coal fired generation to be available for another twenty years and says we should "just back off" and look to cleaner energy sources like natural gas and renewables.

The key lesson of the FutureGen story, as well as past government attempts to pick winners (such as synfuels during the Carter and Reagan administrations), is the need to internalize the costs of CO2 emissions from burning fossil fuels in the price of energy via a carbon tax. With a carbon price, consumers and power producers could make rational economic choices to use less energy and substitute less carbon-intensive fuels for coal. Coal would lose its artificial competitive advantage, the economics of renewable energy would improve dramatically, and even more energy efficiency would become cost-effective. Who knows, even zero-emissions coal might become available — eventually.