Are cracks appearing in the United States Climate Action Partnership?

How long can USCAP keep up the appearance of agreement on the need for cap-and-trade when there are disagreements within the USCAP membership regarding such fundamental issues as whether a carbon tax is preferable to cap-and-trade and whether allowances should be auctioned or given away as windfalls based upon past pollution? 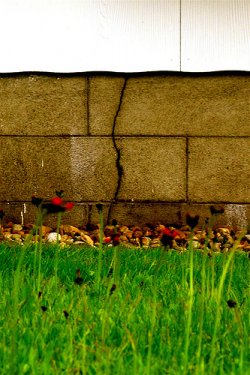 A December 16 article in the Miami Herald, Cleaning Up the Climate, suggests that tensions within USCAP are beginning to be difficult to ignore. The article noted that Lewis Hay, chairman and chief executive officer of FPL Group (Florida Power & Light), is a supporter of what he euphemistically calls a carbon fee. According to the article:

At one energy conference, Jim Rogers, Duke Energy’s chief executive, noted that Hay ”is saying fee but he means tax.” Hay responded that if his colleagues wanted to fight, "I have a Jerry Springer bouncer backstage.”

Again according to the article, Hay “erupted with an uncharacteristically irate outburst” when a Senate subcommittee approved the Lieberman-Warner legislation that includes provisions creating a cap-and-trade program that gives away some of the allowances to utilities.

Hay believes that giveaways would favor the polluters. Better for the government to auction off the credits, so each utility need buy only what it needs. Hay issued a statement saying the bill "would reward the country’s biggest emitters of carbon dioxide with billions of dollars of free allowances that they don’t need. . . . That’s like giving a bigger rebate to those of us who dump the most trash on our sidewalks.”

Rogers at Duke Energy maintains that the big coal plants need a lot of free allowances to start off, or their customers might be unduly burdened by dramatically higher electric bills.

Meanwhile, the Natural Resources Defense Council urges senators to "reduce the total amount of emissions allowances polluters are given for ‘free.’" NRDC is apparently not arguing that all allowances should be auctioned, but at least it wants to limit the windfalls to industry.

Tensions will inevitably increase as USCAP begins to move past its broad statement of principle and recommendations. In fact, in an October 23 letter from USCAP to Senators Lieberman and Warner, USCAP explicitly noted that it does not yet have a position on a number of fundamental issues:

The Act includes much more detailed provisions than contained in the Call for Action. USCAP members are continuing to discuss the issues raised by a number of these provisions, such as:

It’s going to be interesting watching USCAP attempt to find common ground on issues such as the allocation of allowances. Will it support the windfalls in the current draft of Lieberman-Warner (see Friends of the Earth analysis)? How will it address “disproportionate economic impacts”? Will USCAP recommend auctioning all allowances and returning all of the revenues to those who incur the costs of cap-and-trade (similar in some ways to a revenue-neutral carbon tax)? Will it recommend an increase in the already huge windfalls to polluters included in Lieberman-Warner? Or, will it be unable to reach a consensus? Stay tuned.