One Answer to Global Warming: A New Tax — Gregory Mankiw's Compelling Arguments in the NYT

The thrust of Mankiw’s op-ed, One Answer to Global Warming: A New Tax, is that there is a "broad consensus" among "policy wonks" that "if we want to reduce global emissions of carbon, we need a global carbon tax. Q.E.D." The problem is the "yawning gap that needs to be bridged … between policy wonks and political consultants." 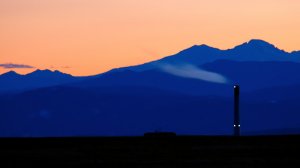 Mankiw notes that using a Pigovian tax (one that internalizes the societal costs of economic activity) to address global warming is an old idea which was proposed as far back as 1992 by former President’s Reagan’s chief economic adviser. As our Supporters pages illustrate, backing for a carbon tax exists across the political spectrum. The problem is the "T" word; and that problem also extends across the political spectrum. As Mankiw puts it:

Those vying for elected office, however, are reluctant to sign on to this agenda. Their political consultants are no fans of taxes, Pigovian or otherwise. Republican consultants advise using the word “tax” only if followed immediately by the word “cut.” Democratic consultants recommend the word “tax” be followed by “on the rich.”

Mankiw contends that a carbon tax is preferable to other carbon-reducing options such as mandated increased fuel efficiency and cap-and-trade schemes. Unlike with cap-and-trade, the carbon tax revenues can be used to leave the distribution of total tax burden approximately unchanged. A carbon tax would also be much easier to negotiate on a global scale.

Convincing China of the virtues of a carbon tax, however, may prove to be the easy part. The first and more difficult step is to convince American voters, and therefore political consultants, that “tax” is not a four-letter word.

Mankiw is smart and persuasive. As an adviser to Mitt Romney, can he convince Romney to support a carbon tax?